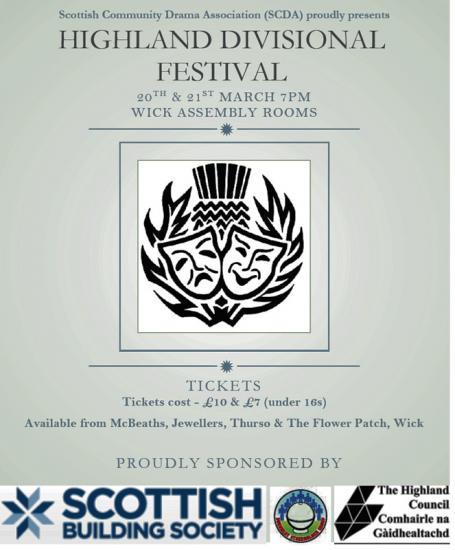 Over two evenings the Scottish Community Drama Association will show a variety of plays.