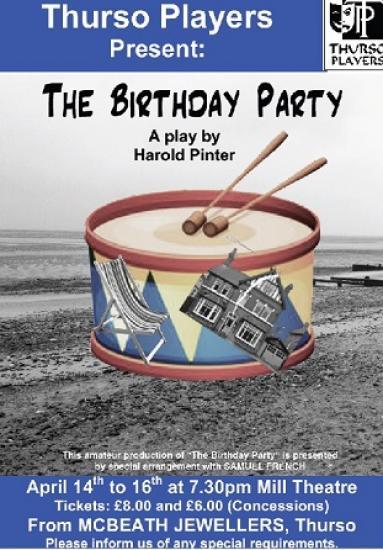 The Birthday Party is about Stanley Webber, an erstwhile piano player in his 30s, who lives in a run down boarding house, run by Meg and Petey Boles, in an English seaside town, probably on the south coast, not too far from London. Two sinister strangers, Goldberg and McCann, who arrive supposedly on his birthday and who appear to have come looking for him, turn Stanleys apparently innocuous birthday party organised by Meg into a nightmare.

The Birthday Party (1957) is the second full-length play by Harold Pinter and one of Pinters best-known and most-frequently performed plays. After its hostile London reception almost ended Pinters playwriting career, it went on to be considered a classic.