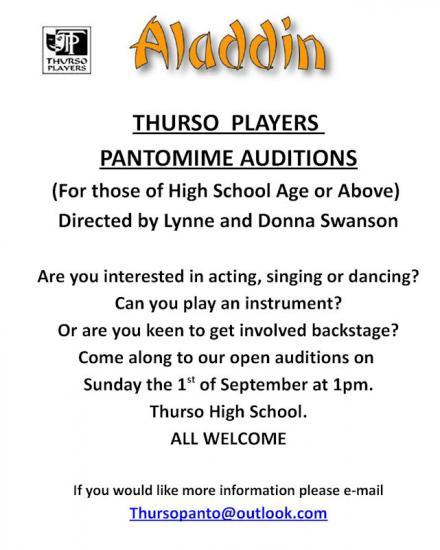 If you are keen to get on stage then now is your chance.

Anyone high school age or above and come along to audition for part in this years production of Aladdin.