Scotland's leading creative industries festival, XpoNorth has announced the line-up of bands set to take the stage across various Inverness venues.   The much-anticipated live music showcase takes place across the 27th & 28th of June 2018 and boasts a diverse selection of Scottish artists including Annie Booth, Beta Waves, Tamzene, Zoe Graham plus many more.
29/5/2018

Pulteneytown Peoples Project are looking for local artists to run eight 1-day workshops for local people, where they will have a finished creation to take home at the end of the day.   Please see poster for more details..
[Drama Promoters]
29/5/2018

Shattered, a new play written by Lisa Nicoll will tour Scotland from 19 May.   Inspired by interviews and life experiences, Shattered deals with the universal themes of grief, loss and isolation as well as the things that are left unsaid between the people to whom we are sometimes the closest.
29/5/2018

Artists Sans façon and OSA have unveiled their new concept for ‘the Gathering Place,' the centrepiece of the River Ness Public Art project.   The artwork, entitled ‘My Ness,' will be sited at the Little Isle Pool, Fisherman's Car Park, and will provide a focal point for people to gather, linger and enjoy an area of great natural beauty in the centre of the city.
24/5/2018

Highlands and Islands Enterprise (HIE) has announced £370,000 support to Fèisean nan Gàidheal for the next three years.   In partnership with Creative Scotland, Bòrd na Gàidhlig and local authorities, HIE's investment will help the organisation improve and build upon the success it has generated over the last 35 years.
10/5/2018 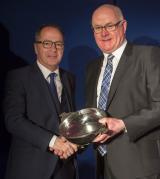 Ireland's The Crossing took home the Single Documentary award with their story of one month on the LÉ Samuel Beckett's deployment in the southern Mediterranean.  It shows the reality for both the crew and the migrants as their worlds meet in the middle of the sea, often in the most difficult of circumstances.
[Drama Promoters]
23/4/2018

REE, no booking necessary As the Fat Quarter Quilters come to the end of a weeks residency at Lyth Arts Centre, join the quilters and LAC Co-Directors Tom and Charlotte in and informal ‘Show and Tell'.  Discussing what they have been quilting over the week, this is a great opportunity to to find about more about Fat Quarter Quilters and residencies at Lyth Arts Centre.
[Drama Promoters]
23/4/2018

Mother's Ruin: A Cabaret About Gin 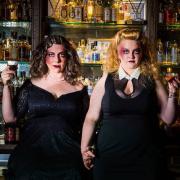 presented by NCM in association with The Ginstress Including a free Rock Rose Gin & Tonic Equal parts historical and hysterical, lose yourself in the company of sailors, barmaids and bootleggers in this darkly comic cabaret.  "Not only vocally sublime but a stroke of comedy genius" (TheatrePress), its critically acclaimed stars Maeve Marsden and Libby Wood return to the U.K.
[Drama Promoters]
23/4/2018 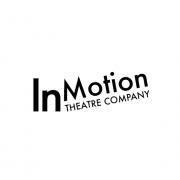 *** Note this event takes place at Reiss & Killimster Village Hall *** "Writing Someone Else's Story" is a workshop from In Motion Theatre Company touring to local writers groups in support of our upcoming production of Shattered, showing at Lyth Arts Centre on June 12th.   Shattered is a new play inspired by interviews with families who have experienced the sudden loss of a child and the effect it has had on them them years after the event.
23/4/2018

The Scottish Chamber Orchestra return to Thurso in their 40th year of touring Scotland! The Scottish Chamber Orchestra return to Thurso placing their immaculate and distinguished duo of Maximiliano Martín and William Stafford at the heart of the concert with Franz Krommer's Concerto in E-flat for two clarinets.  It was written around 1800 to show off the capabilities of the instrument which was then fairly new.
[Drama Promoters]
23/4/2018 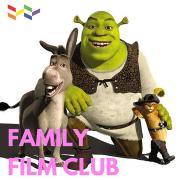 Cosy beanbags, craft activities and free popcorn! Bring the whole family along and to enjoy a FREE family film every month here at Lyth Arts Centre.  Follow the Facebook page and be the first to find out what our next film will be...
19/4/2018

Music play for under 5's coming to Thurso on Wednesday the 25th of April 2018.   Little ones and parents are invited to come along to play instruments, make their own instruments, dance, sing and play until their hearts content!.
17/4/2018

The Opera Factory, Scottish Opera's brand new interactive musical experience for Primary 3 pupils exploring how an opera is made, launches next month.   It combines advance classroom resources designed to reinforce key learning outcomes of A Curriculum for Excellence Level 1 with a live performance that features singers, actors and The Orchestra of Scottish Opera.
[Community Musicians]
8/4/2018

All Singers and Orchestral Musicians are warmly invited to Come and Sing or Play Faure's Requiem with The Caithness Orchestra, conducted by Susie Dingle on Saturday 14th April 2018 in The Pulteney Centre, Wick.   Please come and join the Caithness Orchestra for a day (10.00am-1pm and 2-5.00pm) rehearsing Faure's Requiem (Hamelle version including violins in the orchestration).
[Drama Promoters]
6/4/2018

The Friel Sisters, Anna, Sheila and Clare Friel are young traditional musicians born and brought up in Glasgow with their family roots firmly entrenched in the Donegal Gaeltacht.  They play a mixture of music interspersed with songs in English and Irish, many from their family repertoire.
[Drama Promoters]
6/4/2018

A unique playroom performance, Innocence invites little ones (and their adults), to explore William Blake's imagination and enter a realm of mystery, fun and adventure.   Innocence is a magical theatrical journey led by Scottish Dance Theatre's captivating dancers, with live music, songs, giggles and animal noises by Paul Bradley.