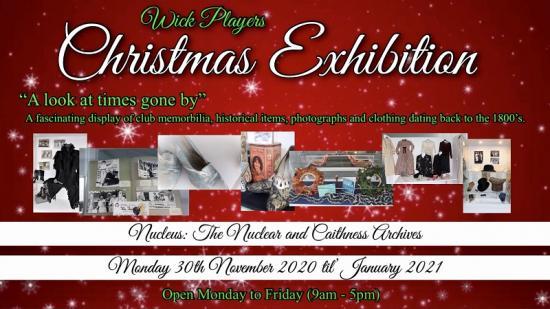 Wick Players exhibition on until end January 2020 at the Nucleus.

"Wick Players are sorry to announce that due to the restrictions suggested by the government, the talk on the history of the club which was to take place on Thursday 19th March has been CANCELED.  Cancelling is something we would have liked to have avoided, however, due to the ongoing issue of COVID-19 we have taken many point into consideration and have taken on the advice suggested.
[]
10/11/2019