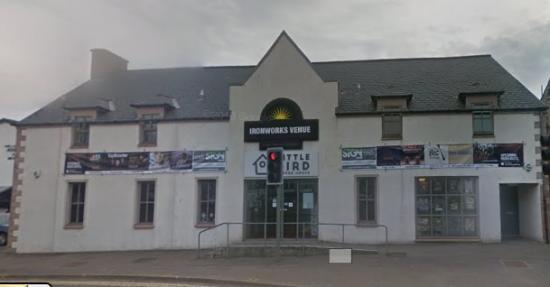 A THIRD round of closed talks took place this week to try to find a new home for The Ironworks, Inverness.

The live music venue will have to move out of the rented 1000-capacity purpose-built premises on Academy Street if plans for a 162-bed hotel on the site win approval.

She said talks were ongoing and no formal planning application has yet been submitted to the Highland Council so there was little more she could report.

She said it was "business as usual" for the business, which is continuing to host acts from across the UK and further afield, and the diary was open as normal for bookings.

She said: "I am really encouraged by the words of support I am getting from a range of organisations including Highland Council who say they want to do what they can to ensure we can continue to do what we do in another building.

“All the equipment in the Academy Street building is our own and it's moveable so we can shift to new premises quite easily."

The Ironworks opened as a live music venue in 2006.

A hotel developer’s plan to build on the site has sparked a search for new premises.

A grass-roots online petition was launched in a bid to safeguard the site for The Ironworks.

MSP David Stewart has been campaigning on the issue since the summertime and his online petition at Change.org entitled “Find a New Home for The Ironworks” is gathering thousands of signatures in support.

He said: “I have gone to see the minister Fiona Hyslop who’s in charge of Creative Scotland. She has been extremely supportive. This campaign is very much the language that she is talking in other parts of Scotland when she stresses the importance of live music.”