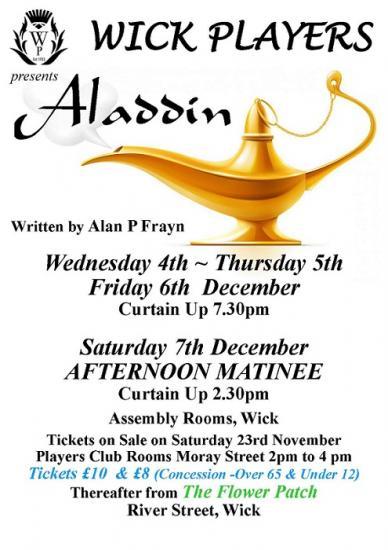 The wicked Abanazer is seeking the magic lamp that contains the all-powerful Genie, so that he can rule the world, and is just steps away from succeeding!

Is all hope lost? No! Help is at hand! A family posse of wannabe heroes are here to foil Abanazer's evil scheme! The innocent local lad, Aladdin, his brother, the cheeky Wishee Washee and their fearsome mother, washerwoman Widow Twankey are ready to intervene and save the day!

Throw in a magic carpet, a mystical Spirit of the Ring, the Emperor of China, a beautiful princess and a couple of inept policemen and you have all the ingredients for a fantastic tale and great entertainment.

Packed with songs, slapstick, silliness, audience participation for the whole family and all the fairytale magic of traditional pantomime!