North lands Creative in Lybster are hosting a free community festival in summer.   There is an opportunity for local musicians to come and play on the free stage in Lybster during the mini festival 10th -11th August 2019.
11/6/2019 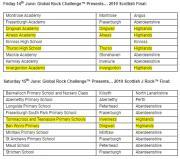 Six Highland schools will be travelling to Dundee to take part in the 2019 Scottish Finals! Dingwall Academy and Alness Academy both qualified for the finals after they won their Inverness heats.  The schools scored incredibly highly, each winning an amazing 12 Awards of Excellence at their heat! Alness Academy also won the Performers Choice Award, which sees the other schools vote for their favourite performance.
[Community Musicians]
28/5/2019

IT'S GOING TO BE A ‘G'DAY' FOR INVERNESS AS EIGHT AUSTRALIAN BANDS SIGN UP FOR PIPING INVERNESS.   Piping Inverness takes place next month, with over 140 bands competing, including eight Pipe Bands from Australia, one from the USA, and one from Switzerland.
24/5/2019

Congratulations to the group from Thurso High for making it to the Rock Challenge 2019 finals.   Eight Rock Challenge and J Rock events have now taken place across Scotland, involving thousands of young people, teachers, and members of the local community.
26/4/2019

Join us for an evening of entertainment from Thurso's finest talent! We're hosting Thurso's Got Talent as a fundraiser for our Trust.  We're a grass roots, not for profit organisation which works on behalf of the residents and businesses in the town in the hope to develop and improve the place we call home.
[Drama Groups]
22/4/2019

Tuition in a variety of instruments, including clarsach, by local tutors.These workshops are open to all children.  Bring an instrument or borrow from feis for the day.
[Writing Promoters]
11/4/2019

The Write Place 2b Book Launch

The results are in from the Highlands 2019 Rock Challenge Third Place:Invergordon Academy, Invergordon, Highlands August 6th, 1945 - Collateral damage; when 100,000 lives end from one bomb.  What do we call the poisonous radiation that effects generations? Hiroshima is chosen - a dot, on a map, on a table, thousands of miles away.
[Community Musicians]
25/3/2019

See poster for details.   A programme that includes Czech music that you may not have heard before.
[Drama Promoters]
25/3/2019 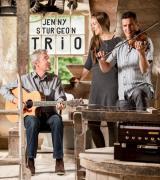 Hailing from the north-east of Scotland, Jenny Sturgeon is a singer-songwriter described as a significant new talent on the folk and acoustic scenes.   Her passion for music lies in her interest in traditional folk song, combined with creating fresh, new compositions.
25/3/2019

Come and Sing/play With Caithness Orchestra

Join the Caithness Orchestra, under the baton of Susie Dingle, for a day singing or playing Handel's "Messiah." All welcome! Please complete and return the form to book your place.   Pulteney Centre, Wick.
15/3/2019

The Rock Challenge events aim to inspire, engage and motivate young people to make healthy and positive lifestyle choices and from Monday 1st April 2019, Eden Court see around 1000 students accepting the challenge for another year, showcasing the hard work they have put in during the weeks and months leading up to their performance.   The Rock Challenge is an excellent opportunity for young people to perform in a professional venue.
11/3/2019

Edinburgh International Film Festival (EIFF) has today announced details of a new filmmaking project, WALK WITH US, calling all Scotland-based filmmakers to get involved.   Supported by Johnnie Walker, recently announced as EIFF's new official whisky partner and known for its ‘Keep Walking' mantra, the project will aim to challenge ambitious filmmakers to think more creatively about a specific theme, visualising an idea and putting it together in an innovative way.
[Drama Promoters]
10/3/2019

There were entries from outstanding pupils all over Scotland.  It came down to the final 19.