There were entries from outstanding pupils all over Scotland.  It came down to the final 19.
[Drama Promoters]
18/2/2019 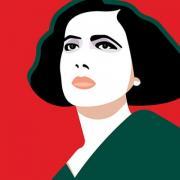 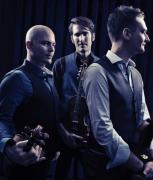 The multi-award-winning band, Kaiser Chiefs have today (Monday 11th February 2019) announced that they will perform a summer concert in Inverness.   Performing under the banner of ‘Live in the City', Kaiser Chiefs, which is considered one of Britain's most treasured bands, will perform in Northern Meeting Park, on Saturday 17th August 2019.
11/2/2019 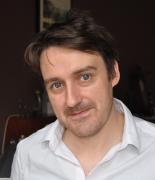 Leading poets from Scotland's islands will be among the big names from the literary world taking part in StAnza, Scotland's International Poetry Festival in March.  Aonghas Pàdraig Caimbeul, Catherine Eunson, Harry Josephine Giles, Pàdraig MacAoidh and Nalini Paul from Orkney and the Western Isles will perform at the annual festival in the Scottish town of St Andrews in Fife.
4/2/2019

Celtic Connections is to be supported from the Expo Fund for the second year running, Culture Secretary Fiona Hyslop has announced.   Ahead of this year's successful event closing on 3 February, the Scottish Government has confirmed £100,000 for the 2020 event from the Expo Fund.
2/2/2019

Touching The Void Comes To Perth And Inverness

Based on the book by Joe Simpson Adapted by David Greig Directed by Tom Morris.   THE PRODUCTION WILL TOUR TO PERTH (7-10 March 2019) AND INVERNESS (14-16 March 2019) Following critically acclaimed runs at Bristol Old Vic theatre and Northampton's Royal & Derngate in Autumn 2018, Tom Morris' production of Touching The Void will tour to Perth (Perth Theatre) from 7-10 March and Inverness (Eden Court) 14-16 March 2019 in Scotland.
2/2/2019

Traditional music workshops for children with local tutors.   £5 per session.
2/2/2019

Xponorth On The Road

We're delighted to announce that our next XpoNorth on the Road event will take place at Ironworks Venue in Inverness on Wednesday 13th February.  Covering a broad range of themes, the event also offers a great opportunity to connect the creative community, meet a cross-reach of leading professionals and find out how we can best support your business.
26/1/2019

Moray Firth Radio is hosting a series of podcasts on aspects of Robert Burns poetry.   Auld Lang Syne, a global anthem - 18 minutes Great Chieftain o' the Puddin-race - 11 minutes A toast like no other - 17 minutes The poetry, the performance - 20 minutes Words can inspire a thousand pictures - 14 minutes Robert Burns is Scotland's most successful cultural export and this episode of Tae The Bard celebrates 'Auld Lang Syne' - without doubt his most well-travelled work.
16/1/2019

FilmG, MG ALBA's Gaelic Short Film Competition, has announced the shortlists for this year's competition with young filmmakers, community groups and school groups from around the country making the shortlist.   The jury panels comprised of a variety of directors, producers and scriptwriters currently working in the industry.
[Drama Groups]
1/12/2018

Wick Players have an exhibition within Nucleus: The Nucleur and Caithness Archive from 3 December 2018..