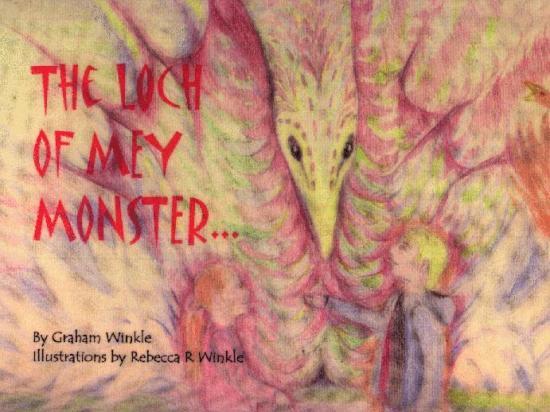 Graham Winkle the author of the Loch Of Mey Monster series of Children's books and organiser of a successful drawing competition last year, is running another competition for Primary age children across the country. But time is running out to enter. So here are the details

The story must include a monster good or bad, but it doesn't have to be about the Loch Of Mey Monster that is up to you.

The winners will receive a T Shirt, a special Loch Of Mey Monster 'Bedroom door plaque', a signed book and maybe more!

The beautiful original drawings from the Loch Of Mey Monster series of children's books can be seen in a small exhibition at Jim Bews book shop, Thurso.   This set of small, simple yet lovely pictures capture the landscape of Caithness and the age and wonder of the children involved in the stories.
[]
3/12/2007