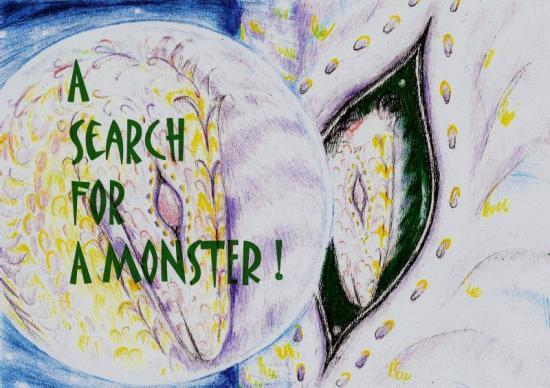 The third book in 'The Loch Of Mey Monster' series; "A Search For A Monster"
was launched on Saturday 1st December 2007.

In the most stunning and lengthy story so far we find out the answer to one of the ultimate questions.Does The Loch Of Mey Monster really have a mate?

"A dark shadow engulfed the shed a gentle breeze brushed their faces then a huge silent figure landed beside them. It was The Loch Of Mey Monster !"

Fire steels, cramp balls and a cave full of tiny faces. Will bushcraft save the children or will this be one journey too far?

Graham Winkle the author of the Loch Of Mey Monster series of Children's books and organiser of a successful drawing competition last year, is running another competition for Primary age children across the country.  But time is running out to enter.
[]
18/7/2007