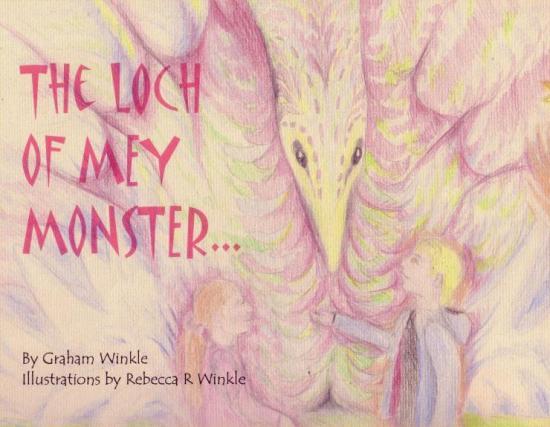 A new Children's book is now on sale in Jim Bews Thurso, Simply Unique at East Mey and the Castle Of Mey - 'The Loch Of Mey Monster'

Graham's first novel is described as a 'delightful book' by Clarence House and 'beautifully illustrated' by Little Tiger Press.

Told with humour and an original style Thurso book club described it as 'Charming' . And so it is...

Thurso library were delighted to receive a copy this week and signed copies are also available at Jim Bews, Thurso whilst stocks last.

A number of children around the County were thrilled to be awarded special framed pictures and certificates signed by the author and artist at the end of term assemblies.   The competition was to draw the best picture or write the best poem about the monster.