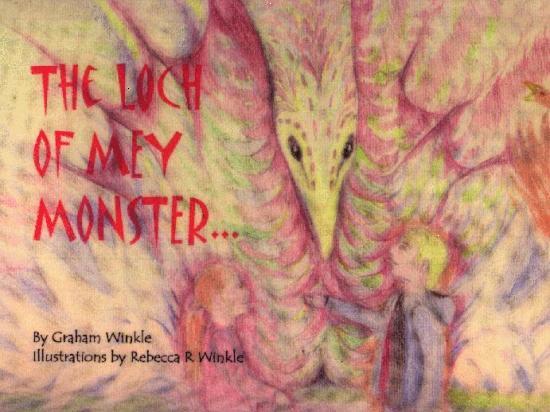 The beautiful original drawings from the Loch Of Mey Monster series of children's books can be seen in a small exhibition at Jim Bews book shop, Thurso.

This set of small, simple yet lovely pictures capture the landscape of Caithness and the age and wonder of the children involved in the stories.

Rebecca Winkle has a degree in fine art and a diverse range of artistic skills. Including; Equestrian and Wildlife art, animal portraits and sculpture.

Rebecca works in schools around Caithness and can be contacted for children's workshops or individual art tuition.

There will be a limited number of original signed prints available for purchase at Jim Bews.

The exhibition can be seen upstairs at Jim Bews for the next few weeks from November.

The competition to find the best 'Monster' story writer from pupils attending primary schools across the North of Scotland has been completed.  The competition was launched at the beginning of the year by Graham Winkle the author of 'The Loch Of Mey Monster' and involved entries from Caithness to Aberdeenshire.
[]
27/9/2008