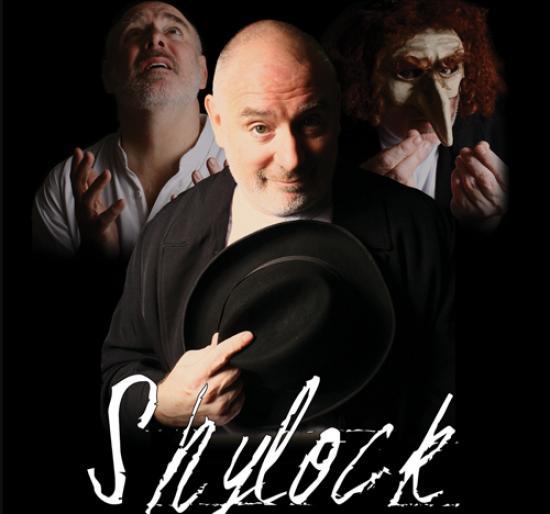 Edinburgh "Fringe Legend" Guy Masterson, brings his acclaimed Shylock work to Scotland for a mini-tour between May 18th and 26th, taking in Inverness (18th), Wick (20th) Aberdeen (24th) and ending at the Traquair Shakespeare Festival on the 25th and 26th.

Far from being a controversially anti-Semitic tome, Masterson states that Shakespeare may have deliberately penned the first anti-racist work during a fiercely xenophobic era. Posing the question "Hath not a Jew eyes?" he challenges his wholly Christian audience to see Shylock, not as a villainous, bloodthirsty miser, but as a victim of racial discrimination determined to make a stand against brutal repression.

Charting the tragic, tempestuous and often unbelievable life of Shylock, one of only two Jewish men in the whole of Shakespeare, Masterson gives a deliriously literate, yet gloriously comedic performance, conjuring a host of characters including Portia, Pontius Pilate, Antonio the Merchant, "Adolf" Hitler, Barabbas -The Jew of Malta, Charles Macklin, Edmund Kean and Henry Irving, confronting and confounding the stereotypes, and leading us through the conflicts and contradictions surrounding Shylock's turbulent 400 year history.
Well known to Scottish audiences for a string of Festival hits over 20 years including the Olivier Award Winning Morecambe, 12 Angry Men, The Odd Couple and of course his own, now legendary, solo performances of Under Milk Wood and Animal Farm, Guy Masterson has taken on Gareth Armstrong's hugely acclaimed Shylock, itself one of the most successful solo shows of all time - having been performed globally over 1000 times by Armstrong himself for a decade. Masterson finally donned the Homburg of Shakespeare's most famous Jew at Edinburgh last year and garnered his fourth nomination for Best Actor at the Fringe.