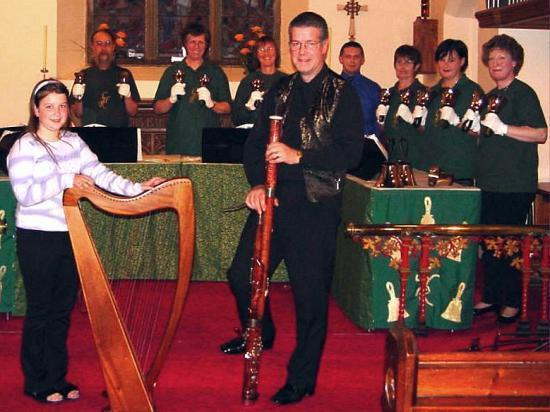 The Caithness Handbell Ringers were joined in St John's church, Wick by Erica Sinclair on the clarsach, Craig Campbell on the organ and Bruce Gordon on the bassoon for an evening of music that included music by John Denver, Bach and Mozart.

The concert also played in St Peters, Thurso on 30 August.

The concert held in the Episcopal Church, Wick on Friday 26 May 2006, by Wick Choral.  The concert was well attended and the audience were treated to items from Wick Choral, Caithness Handbell Ringers and a short Organ Recital by Margaret Widdowson.