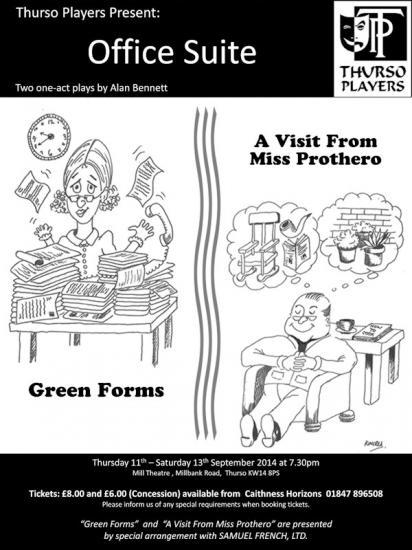 Office Suite is made up of two one-act plays, The first, A Visit From Miss Prothero, sees a recently retired Mr Dodsworth bothered for afternoon coffee and cake by the office busybody, as determined to pass on the news from the firm as he is to get rid of her.

In the second, Green Forms, two co-workers, Doris and Doreen, employ nearly every work avoidance technique in the book debating the minutiae of their uneventful home lives, petty office politics, and generally doing anything but attending to the forms that seem to be the entire purpose of their hopelessly overstaffed company. ‘You have to be in the mood for pink forms', says Doris, justifying missing her deadline by a week.