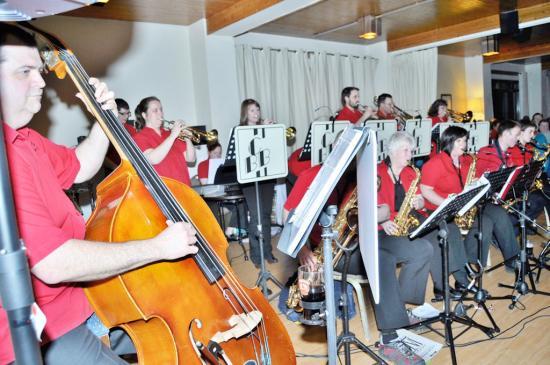 THE popular Caithness Big Band returns to Wick's Norseman Hotel, later this month, for a charity bash in aid of the Caithness Heart Support Group.

It's one of the group's biggest fundraisers and tickets both for the event, on September 13, and raffle, are available. Tea, coffee and biscuits will be included in the admission fee of £5. Tickets for the event can be obtained from the Norseman or from group secretary, Marge Donaldson, on Wick 605545.

The group's press officer, Noel Donaldson said: "We are hoping that the event will prove as popular as it did when we ran it two years ago. All funds raised, finance items of medical equipment, locally, and as we appear to be providing more expensive ones, these days, we are hoping that the forthcoming band bash will exceed last year's receipts."