Fortrose Academy Pupil Is Named Highland Musician of the Year 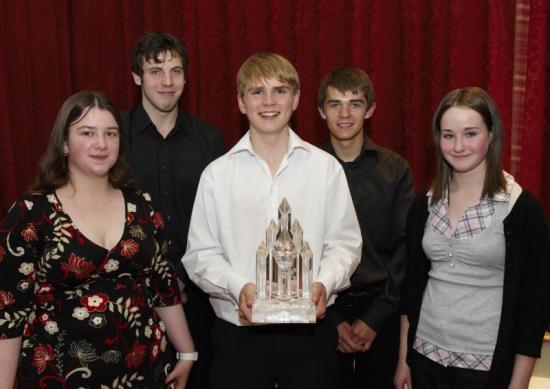 Cellist Robin Nelson, aged 16 and a pupil at Fortrose Academy is the Highland Young Musician of the Year after winning the competition held on Monday evening at the Drummossie Hotel.

The Highland Council's Music Development Officer, Norman Bolton said: "The standard of performance at Monday evenings competition was extremely high and the judges had a genuinely difficult time in making their decisions. Music making in all its forms continues to go from strength to strength in Highland schools which is a great credit to staff and pupils alike."

Photo
Pictured are Left to Right, Erica Sinclair from Thurso, Stephen Laidlaw from Fortrose (runner up); Winner of the Richardson Trophy for Musical Excellence; Alister More from Tain Royal Academy and Bethany King from Nairn (Most Promising Talent)