The Lost Glen By Neil Gunn Republished By Whittles Publishing 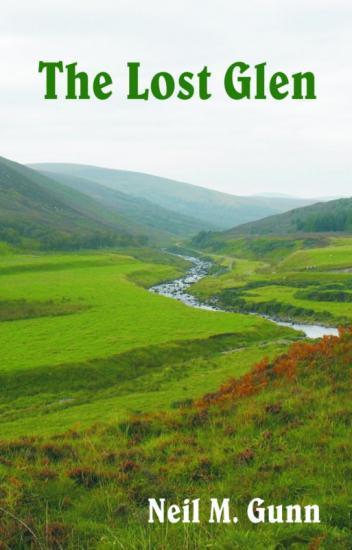 The latest Neil Gunn book by Neil Gunn has just been published by local Caithness based publisher whittles is the Lost Glen. The book is being published in time for the "Light in The North Festival" celebrating the life and work of one of Scotland's best authors who came from Caithness - Neil Gunn.

"The Light In The North Festival" runs at Dunbeath, Caithness on 8th and 9th November and more details can be found at http://arts.caithness.org/article.php?id=409

The Lost Glen vividly portrays a clash of cultures and personalities against a background of a landscape in visible decay. The cultural collision and its effects are explored through Ewan, a young local man recently returned from university in disgrace, and a retired English colonel staying at the village hotel. Both men in a sense are alienated from the community, the younger because of a haunting sense of failure, and the older through an unwillingness to understand the local culture. They have a mutual antipathy.

The Colonel's self-imposed cultural isolation leads to aggressive bullying and an openly lascivious attitude towards local young women. His unworthiness as a representative of Anglo-Saxon culture is largely compensated for by his young niece, who behaves with sensitivity and integrity. She is clearly attracted to Ewan whose sense of failure is complex and does not only concern his enforced withdrawal from university and his involvement in an incident at sea that cost his father his life; it concerns the feeling he has of himself as a spiritual exile - a man who had intended to emigrate but who had remained as an outsider in the land that meant so much to him. He is fascinated by the experience of a local piper, whose finding of a lost glen that had a strange beauty and primordial freshness had been translated into a pibroch. The haunting tune acts as a stimulant to Ewan's Hamlet-like musings on the possibility of a rejuvenation of the landscape or a final disappearance of its life and meaning.

The antipathy between the two main protagonists leads to a physical struggle between them that brings to an end a novel, layered with meanings, that is more a symbolic drama than a novel of realism. One of the earliest novels to appear in the Scottish Literary Renaissance of the 1920s and 1930s, The Lost Glen turns its back on the form of writing that had depicted Scotland as a rural paradise in favour of describing Highland life as it really was at that time.

To purchse The Lost Glen by Neil Gunn go to
http://moo.whittlespublishing.com/whittles/item/5090

For other Neil Gunn novels by Neil Gunn published in recent years go to Whittles at
http://www.whittlespublishing.com and click on Classic Fiction