Sold Out Edinburgh Festival Show Heads For Orkney and Banchory 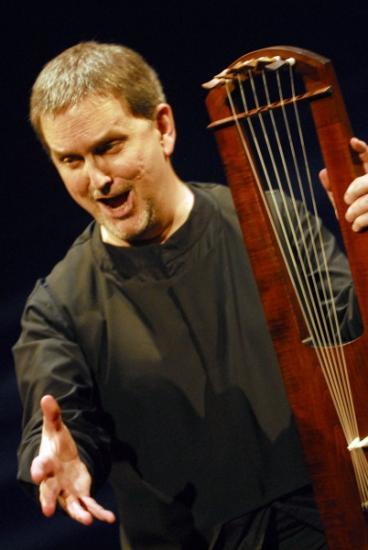 The Edinburgh International Festival hit Beowulf - the medieval epic story told by vocalist and performer Benjamin Bagby - will tour to Banchory on Friday 10 August and Orkney on Monday 13 August.

'I am absolutely delighted that the Festival in my first year is able to extend one of its sell out shows, Beowulf, to Banchory and Orkney,' said Festival Director Jonathan Mills. 'It is a sincere gesture in terms of Sharing the Festival and one on which I hope to build in the future. Beowulf is a particularly magical show and I am certain that it will charm audiences here in Scotland as it has around the world.'

Since 1990, Bagby has growled and rasped this epic story in Old English to major festivals and venues around the world. From synagogues in Poland and medieval museums in Cologne to the Lincoln Centre Festival in New York (1997 & 2006) and a warehouse in L.A., he has transported audiences back to a medieval time when pre-literate audiences were terrified by the unknown.

Rave reviews promise this engrossing vivid telling of Beowulf - the thrilling story of King Hrothgar, the monster Grendel and the hero Beowulf - continues to be as enchanting today as it was to audiences some thousand years ago.

This performance will speak to many: lovers of Beowulf and oral epic, early music enthusiasts, Tolkien fans, medievalists, and anyone searching for virtuoso storytelling, great theatre or a glimpse into the fascinating beginnings of the English language.

'Mr. Bagby comes as close to holding hundreds of people in a spell as ever a man has...' THE NEW YORK TIMES

'Old English has rarely seemed so alive...' - THE TIMES

Beowulf is on a short tour as part of the Festival's commitment to reach a wide audience by taking the Festival experience to other areas of Scotland.

Benjamin Bagby's Beowulf can be seen in the following venues.