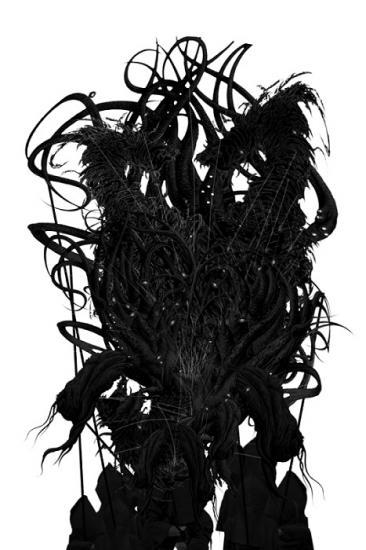 The artist and performer Ashanti Harris will be facilitating a movement workshop with the collectively braided raffia object, led by a series of incantations, a fractured series of sounds, songs, readings and technocosmologies which respond to the politics of the Anthropocene. All ages welcome from 6+ to grannies!

knowbotiq ( Yvonne Wilhelm, Christian Huebler) will introduce their project and relate it to their ongoing practice which tests how art can open up different imaginaries to understand the multiple and complex ideological and environmental injustices contained within a landscape. We'll provide nuclear-inspired grub and drinks, and all are welcome to join in the raffia braiding with our knitting ladies gang.