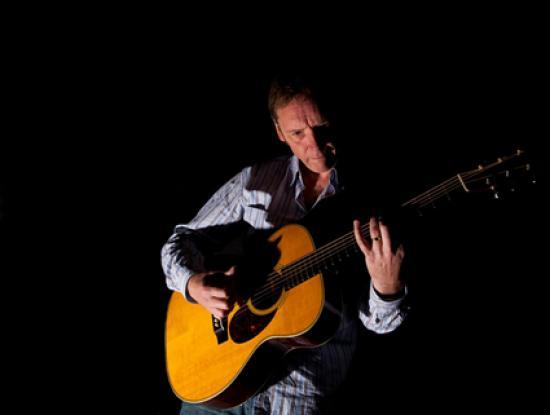 As a solo performer or with his band, The Acoustic Unit, John has impressed audiences worldwide with both his own compositions and brilliant arrangements of pop and rock classics including, Smoke On The Water, Honky Tonk Woman,September, The Sun Ain't Gonna Shine Anymore etc. which can be found on his last two solo CDs, Picked in the Pastand A Little Of What You Fancy both released to critical acclaim and also praise from members of the Rolling Stones and Queen to name but a few.

With his band, John has released two eclectic CDs, Open 4 Closure and most recently Chocolate Maze, all original compositions with Celtic, blues and funk coming together in a heady mixture of tracks which according to one rave review "crosses more borders than a foreign correspondent!"

"Watching John live is a truly mesmerising experience that shows a musician of such skill and passion to which few others can come close. Find out why the likes of George Benson, Tommy Emmanuel and Martin Taylor are all fans. You won't be disappointed. John is a technician who plays with soul; the two rarely go together; his versions of Honky Tonk Woman andNeed Your Love So Bad retain all the heart of Keith Richard and Peter Green while managing to play the whole song - solo! It's hard enough to capture the lead part on its own. These songs are technically brilliant and soulful. I AM A FAN!"
(Andy Fairweather Low)

"The utterly bereft blues of Need Your Love So Bad is worth the entrance fee alone". - Rob Adams - The Herald
*
"To comprehend what Goldie has achieved with this album is quite literally mind bending" - www.themusiccritic.co.uk

*"John Goldie is one of the finest acoustic guitarists in the world today... Brilliant" - Martin Taylor MBE