Whoops XIV - A story set in! 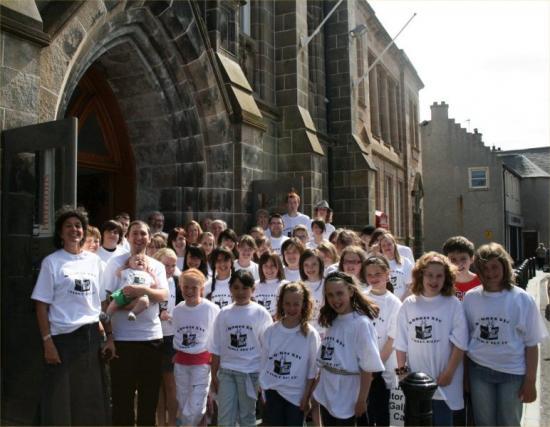 Whoops is Thurso Players Annual Theatre workshops and performance aimed at showcasing the theatre skills of their junior members.

There are 30 participants aged from 8 - 18 and 10 adult volunteers who dedicate a week of their summer to helping the Junior members put on their show.

Whoops has been running for 14 years and is usually held in the Mill theatre but due to Extension work taking place during the summer Caithness Horizons have kindly Partnered with the Thurso Players for a week to give them a surrogate venue. This has created many new challenges for the theatre group as they are used to a more traditional stage setting and are excited with the prospect of performing in the museum surroundings which have inspired many of the scripts.

Most of the performance pieces have been written by the kids themselves and they will all be directed by our youth members with just a guiding hand from the adults.
Christine Russell, Education and Community officer - "I am delighted to have the Thurso Players with us this week. It is great to see so many young people interacting with the museum and using the facility's resources to their full potential "

Producer for the Thurso Players Glyn Jackson - "Whoops is a wonderful project which gives all participants the chance to create an original piece of theatre, we have Kids Directing, Writing, Singing, Acting, Dancing and Choreographing. It is very challenging as they will all be involved in more than one short Play, Learning 2 scripts in one week and with 3 Performances on the Saturday it takes a lot of dedication.