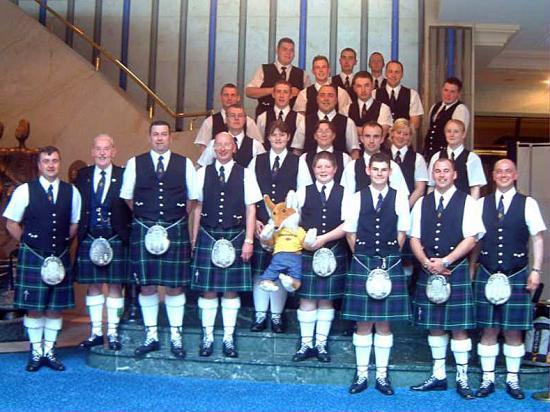 The Thurso Pipe Band are back from their trip to Brilon in Germany - the twin town of Thurso.

The band were over for four days and played at a variety of venues including the Stadt Festival, an Old folks Home and a church. They also toured a few smaller villages giving performances. But they managed to squeeze in a visit to a local Mercedes dealer and a tour of a local brewery. They met a local brass band who were playing at the festival and who may visit Caithness next year.

A photo gallery of their visit is here.

IT'S GOING TO BE A ‘G'DAY' FOR INVERNESS AS EIGHT AUSTRALIAN BANDS SIGN UP FOR PIPING INVERNESS.   Piping Inverness takes place next month, with over 140 bands competing, including eight Pipe Bands from Australia, one from the USA, and one from Switzerland.