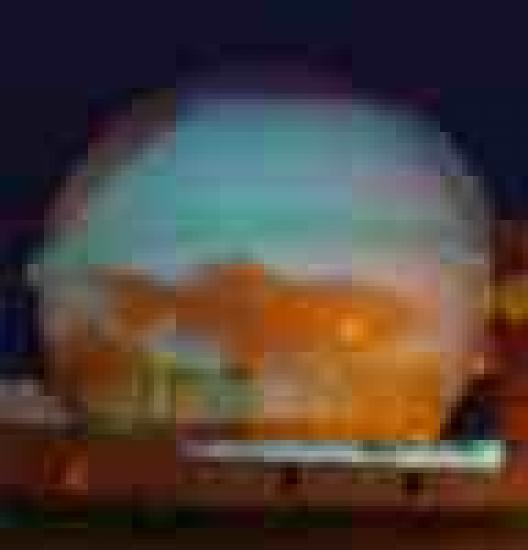 Works created in seven exciting visual arts projects for young people across the Highlands have been captured on a new web site which will be simultaneously launched in the seven communities today Wednesday 13th December 2006.

www.new-dynamics.org features all the work of the artist-led residencies in Upper Fort William, Kinlochleven, Glenuig, Ormlie (Thurso), the North Coast of Sutherland, Alness and Merkinch (Inverness).

The projects, carried out in 2004-2005, aimed to engage young people living in these areas with visual arts projects using media, such as projection, film and animation where the results are immediate and reflective of the participants' interests and identities.

A young person from each community was invited to become a trainee for the duration of the residency to encourage the future use of video work in each area. During the residencies, the artists also had the opportunity to develop their own style and the combination of this work and the artwork created with groups was presented at community showcase events in each area.

The main funding for the seven projects came from the Scottish Arts Council, 'Promoting Inclusion through Public Art Award'. The Highland Council arts development officers successfully bid for one of only two such awards in 2003. Additional funding for the project has come from the Highland and Islands Enterprise, Community, Economic Development (CED), The Highland Council and the Well-being Alliance. Digital video equipment was purchased for these projects and remains in the seven communities.

Ali said: "This project was a unique opportunity to encourage contemporary art practice in some of our most remote communities. The response from young people in these areas has demonstrated the interest that they have in new media ideas and techniques. Several project participants from each residency have decided to continue their video making practice within the community or at college and the equipment that remains in these communities is considered to be a vital resource. The web-site realises the outcomes from all seven projects and is a creative tool documenting an important development in dynamic new media practice across Scotland."

Roxana, who since 1993 has been working as a volunteer in the field of International Youth Media Projects/Exchanges development, added: "Thanks to the New Dynamics Project, Young People in the Highlands have had the opportunity to be involved in electronic art and now have not only the facilities but also the skills to continue working on this art medium which is so relevant and important in 21st century.

"Through electronic art and new media, youngsters can become contemporary artists operating at International level from the comfort of their own rural homes and Youth Clubs. There are still many more Youth Highland communities that would like to experience similar art and technology related projects closer to their homes after seeing how the seven New Dynamics Highland Youth communities continue to benefit from the after effects of such a strategic project."

The seven projects saw photographer Fin Macrae from Ross-shire working in Upper Fort William from January 2004 with a variety of youth groups while photographer Peter Dibdin, based in Edinburgh, was artist in residence in Kinlochleven from February 2004 until July 2004.

Artist Simon Fildes from Glenferness worked in Alness town centre between March and May 2004 and then in Glenuig from July to September 2004. Between June and November 2004, Sutherland based artist Gavin Lockhart from the north coast of Scotland worked with various groups in Merkinch, Inverness, and then from June to September 2005 he completed the New Dynamics project and was based at Ormlie Community Centre, Thurso.

Artist Beverley Carpenter from Cambridge moved to Durness in autumn 2004 to work with a youth group and two youth trainees and was successful in achieving the project's objective of setting up the Durness Youth and Community Film Studio.

The variety of videos and images from projections of goldfish onto Dounreay Nuclear Reactor, local people's faces onto the rock face of Smoo Cave, to manipulated skateboarding art in Alness and many more can be viewed at http://www.new-dynamics.org

The photo above shows an image projected on to the famous dome at Dounreay. As partof the Thurso project images were beamed on to a number of buildings in the Thurso area including the JGC engineering building at Janetstown.
Three images at -
http://www.caithness.org/fpb/june2005/photogallery/index.php?gallery=26&start=0