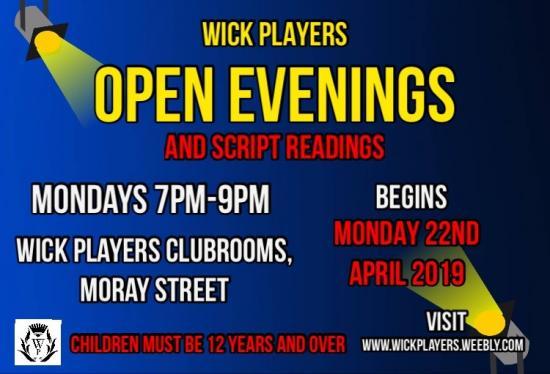 Open evenings for juniors being held by Wick Players on Monday evenings from 7pm to 9pm. These evenings will begin on(Monday 22nd April 2019). Children must be 12 years or over.

Just announced the performance dates for this year's pantomime.

The performance dates for the pantomime are as follows (please take note that the pantomime has not yet been named but will be later on in the year):

Jayden Alexander of wickPlayers said,"We recently had a celebration evening which was held in our clubrooms on the 28th of June 2019.  We invited all members, organisations and businesses who have supported the club as a thank you.
[]
1/12/2018