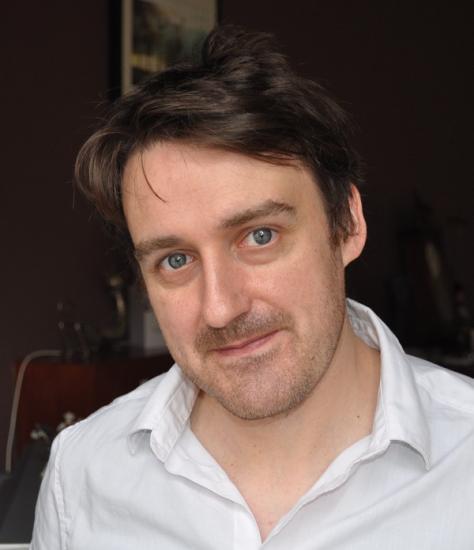 Leading poets from Scotland's islands will be among the big names from the literary world taking part in StAnza, Scotland's International Poetry Festival in March. Aonghas Pàdraig Caimbeul, Catherine Eunson, Harry Josephine Giles, Pàdraig MacAoidh and Nalini Paul from Orkney and the Western Isles will perform at the annual festival in the Scottish town of St Andrews in Fife.

Aonghas Pàdraig Caimbeul (Angus Peter Campbell) from South Uist is an award-winning poet, novelist, journalist and actor. His poetry collection Aibisidh won the Scottish Poetry Book of the Year Award in 2011 and his novel Memory and Straw won the Saltire Society Scottish Fiction Book of the Year Award in 2017. He was nominated for a BAFTA for Best Actor for the film Seachd in 2008. His most recent poetry collection Stèisean appeared with Luath Press in 2018. Sorley MacLean said of him, ‘I have no doubts that Angus Peter Campbell is one of the few really significant living poets in Scotland, writing in any language.'

Before moving back to Glasgow, Catherine Eunson, originally from Orkney, lived on Benbecula in the Outer Hebrides for 20 years, where she brought up her two children and was variously busy with jobs in arts, the community and education. She composed and recorded music for Pauline Prior-Pitt's North Uist Sea Poems, which was performed at Taigh Chearsabhagh in 2015. She was a joint winner of the McCash Scots poetry competition in 2018, a prize winner in 2017 and has had poetry published in Poems for the NHS (Onslaught Press), Northwards Now, Ink Sweat and Tears, Curlew and Southlight, as well as in ‘Henge in the Surge' on the George Mackay Brown fellowship website.

Harry Josephine Giles is a writer and performer from Orkney, based in Edinburgh, and studying for a PhD in Creative Writing at Stirling. Their latest publication is The Games from Out-Spoken Press, shortlisted for the 2016 Edwin Morgan Poetry Award, and they were the 2009 BBC Scotland slam champion. Harry Josephine founded Inky Fingers Spoken Word and co-directs the performance platform Anatomy; their participatory theatre has toured festivals across Europe, including Forest Fringe (UK), NTI (Latvia) and CrisisArt (Italy); and their performance What We Owe was picked by the Guardian's best-of-the-Fringe 2013 roundup - in the 'But Is It Art?' category.

Originally from the Isle of Lewis, but now living in Edinburgh, Pàdraig MacAoidh (Peter Mackay) writes in Scottish Gaelic and English. His first collection of poems, Gu Leòr / Galore (Acair, 2015) was shortlisted for the Donald Meek Prize and the Saltire Scottish Poetry Book of the Year. He also has a pamphlet, From Another Island, with Clutag Press, which was published in 2010. He is a co-editor, with Iain S. MacPherson of An Leabhar Liath / The Light-Blue Book, an anthology of 500 years of Gaelic poetry, which was the Saltire Research Book of the Year. His poetry has been widely published in journals and anthologies and has been translated into Czech, French, German, Irish, Slovakian and English.

Nalini Paul is a poet currently based in Glasgow, although she has also lived in Edinburgh, South Lanarkshire and Orkney via India and Canada. She is a widely published poet and has collaborated across various art forms, including stage and film. She was George Mackay Brown Writing Fellow in Orkney from 2009 until 2010, where she worked with dancers, musicians, visual artists, archaeologists and the RSPB. Her first poetry pamphlet, Skirlags (Red Squirrel Press), was shortlisted for the Callum Macdonald Award in 2010. Nalini's current project with Stellar Quines Theatre Company, Beyond the Mud Walls, is set partly in early 1940s India and was showcased as a work in progress for ‘Rehearsal Rooms’ at the Traverse in September 2016. This is now being developed towards full production.

Festival Director Eleanor Livingstone said: "We're delighted to welcome such an exciting delegation of poets from the Scottish Isles to perform at StAnza this year. The festival traditionally has a strong international focus and this year's programme is no different with a fantastic line-up of acclaimed poets from both here in Scotland and all around the world."

Mairi Kidd, Interim Head of Literature, Languages & Publishing, Creative Scotland added: "StAnza’s superb programming continues for 2019 with another vibrant mix of well established-names and up-and-coming talent and two fascinating interlinked themes pushing the boundaries for poetry. There are many treats for poetry lovers and music, film, art and more to entice in those who may have previously thought poetry wasn’t for them."

Paul Bush OBE, Director of Events at VisitScotland, said: EventScotland is delighted to be supporting StAnza again through our Beacon Programme. This year’s festival promises to be another great event, and it’s wonderful to see so many renowned international names on the bill, alongside Scottish talent. Scotland is the perfect stage for cultural events, and we look forward to welcoming visitors from the area and further afield to this world-class festival this March."

StAnza traditionally focuses on two themes which interweave with each other to give each annual festival its own unique flavour. This year’s themes are Off the Page and Another Place. Off the Page will explore poetry's relationship with the medium it's written on and will enjoy poetry presented in ways which aren’t in conventional book form. With the concept of ‘the other’ seeming ever more charged, Another Place will showcase poets who look beyond the familiar to explore new places and ideas. It will engage with the positive and negative, from the benefit to poets of experiencing new places, to concerns that climate change, extremism, etc. are threatening the future and turning it into another place.

StAnza is one of the top poetry festivals in the UK, famous for its friendly atmosphere and international focus. Over five days from 6th to 10th March more than 100 readings, performances, discussions, poetry inspired installations and exhibitions and other cross-media performances will take place in a range of atmospheric venues in and around the historic and lively town of St Andrews, Scotland. Tickets are on sale and can be purchased in person, by phone and online. Full box office details are online at our booking page or telephone the box office on 01334 475000

See much more about the festival at www.stanzapoetry.org/