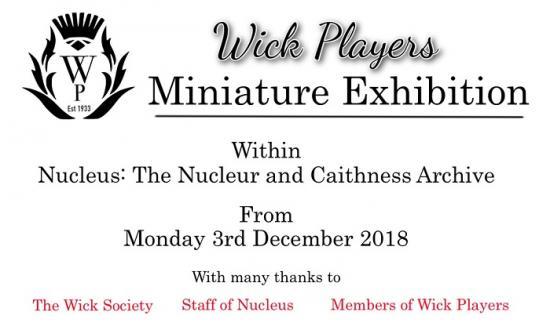 Wick Players have an exhibition within Nucleus: The Nucleur and Caithness Archive from 3 December 2018.