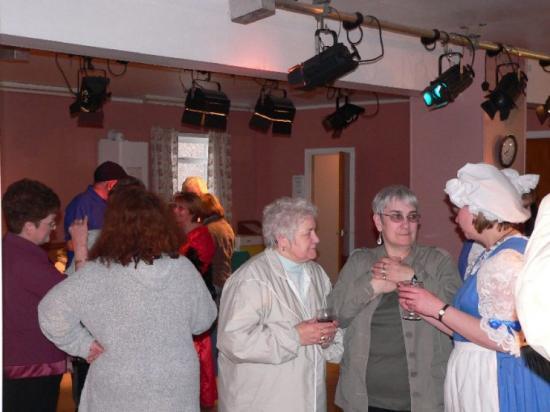 Wick Player's chairman Drew MacLeod welcomed everyone to the open evening to celebrate the move into the premises at Moray Street after many years of working with only a small storage space. The new place provides workshops, rehearsal space, wardrobe space, small meeting rooms and lots of storage. Central heating has been installed making it an excellent facility for the group.

Photos From The Evening