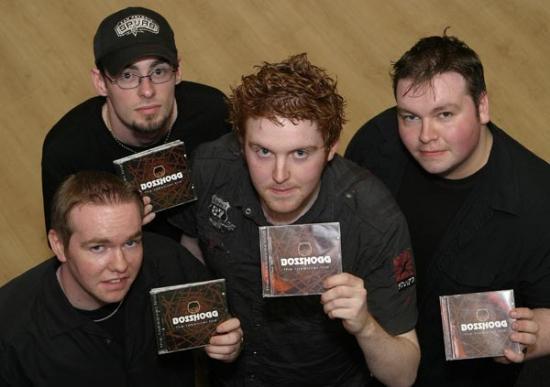 Boss Hogg launched their CD at a big bash at the Weigh Inn, Thurso on Friday 28 April 2006.

Check out the photos here

Caithness rock band BossHogg are set to release their debut EP 'the.takeover.bid' with a party at The Redwood in Thurso on Friday the 28th of April at 8pm.   The launch was originally scheduelled for Saturday the 22nd of April but has had to be postponed due to unforeseen circumstances.
[]
24/11/2005