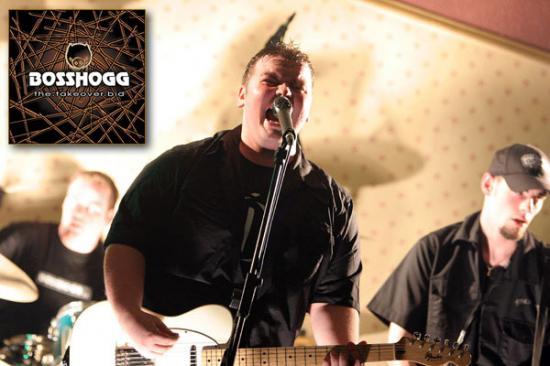 Caithness rock band BossHogg are set to release their debut EP 'the.takeover.bid' with a party at The Redwood in Thurso on Friday the 28th of April at 8pm.

The launch was originally scheduelled for Saturday the 22nd of April but has had to be postponed due to unforeseen circumstances.

The EP was recorded with local musician/studio engineer Mark Wright at his home studio in Thurso and features 5 self-penned tracks. The CD will be available to purchase online very soon at http://www.bosshogg.co.uk or by emailing [mail]info[AT]bosshogg.co.uk[/mail].

OR... why don't you head down to The Redwood on Friday the 28th of April and while you're picking up a copy you can have a listen to the tracks being played live by the band.