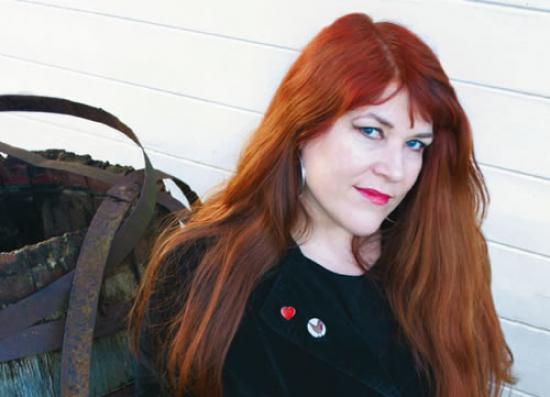 Christine Tobin's A Thousand Kisses Deep brings together one of the most distinctive and alluring voices in jazz with one of the great poetic songwriters of our time, Leonard Cohen, in a mesmerising evening of music.

As an award-winning composer herself, Tobin has always taken a keen interest in singer-songwriters. Her journey into jazz was triggered by Joni Mitchell's Mingus album and as well as featuring her own songs and jazz standards, her CDs have been laced with bold arrangements of songs by Cohen and Bob Dylan and with Tapestry Unravelled she revisited an all-time favourite album by Carole King to great acclaim.

The Dublin-born Tobin first came to prominence with the Celtic jazz band Lammas alongside saxophonist Tim Garland and guitarist, now renowned poet Don Paterson in the early 1990s. She has since gone on to work with such luminaries as arranger-composer Mike Gibbs, drummer Billy Hart, trumpeter Kenny Wheeler, and film director Mike Figgis, with whom she contributed to Martin Scorsese's Bessie Smith feature, Red, Black and Blue.

A series of albums under her own name have charted Tobin's development as both a brilliant interpretative singer and a songwriter with a special talent for narrative and her latest album, Sailing to Byzantium, on which she set the poems of W.B. Yeats to music, won her an award for best contemporary jazz composition at the 2012 British Composer Awards.

A Thousand Kisses Deep won a coveted Herald Angel at the Edinburgh Fringe in August 2013 and features Tobin with two outstandingly creative instrumentalists. Guitarist Phil Robson has worked with Barbra Streisand, Dee Dee Bridgewater and John Dankworth & Cleo Laine, among many other leading musicians, and he was voted Jazz Musician of the Year at the Parliamentary Jazz Awards in 2009. Bassist Dave Whitford counts performances with Bill Frisell, Maceo Parker, Kenny Wheeler and Dave Liebman among his career highlights. Together the trio weave magic with Cohen's profound, mysterious and sensual poetry.

Worries over the financial outlook for Lyth Arts Centre (LAC) have been eased for the time being after the venue was awarded £97,000 in Scottish Government funding.   The sum - from the Performing Arts Venues Relief Fund - represents the full figure requested by co-directors Charlotte Mountford and Tom Barnes, who say the money secures LAC's short-term future up to the end of March next year.
[Drama Promoters]
17/3/2020