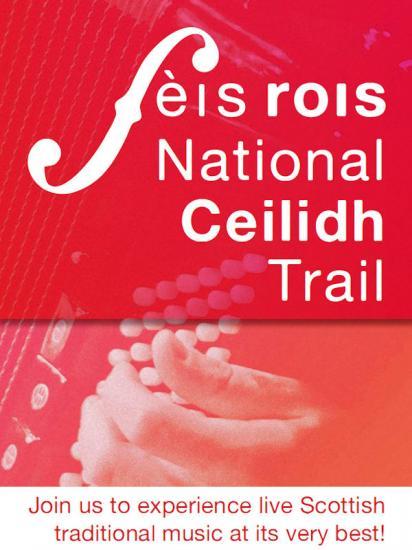 It’s only a matter of weeks since Feis Rois returned from Australia where they worked with The National Celtic Festival of Australia to introduce the hugely successful Ceilidh Trail model which has been delivered successfully in Ross and Cromarty since 2000. Since those early days the trail has been replicated across five other communities and for the second year this summer is set to tour nationally to venues and communities across Scotland.

“Over the years it has become clear that there is an increasing demand from young musicians across Scotland for a similar opportunity to be created for them and we saw the best way forward in meeting this demand was in the creation of a National Ceilidh Trail” said Fiona Dalgetty from Feis Rois.

It’s a tremendous professional development opportunity for young musicians aged 16 - 25 who want to broaden their experience as a touring musician. Additionally the tour makes a valuable contribution to cultural tourism by working with communities to broaden their activity in terms of high quality traditional music performance. Last year the tour performed in a whole range of venues from castles to cafes, festivals to farmers’ markets and all things in between!

Full listings of all performances are available on www.feisrois.org You can call Feis Rois on 01349 862600 for any additional information.