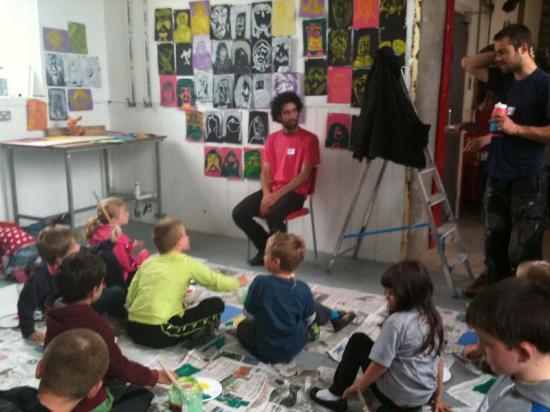 Invitation to local artists to participate on Saturday, 13th July from 10:00am

Artists are invited to bring materials and to join the students under the direction of their distinguished teachers. There will be an exhibition of work produced during the residency.

If you would like to take part in any of the activities you are invited to contact Dr Graham Elliott at North Highland Connections:
Telephone 0752 107 7053. E-mail: ge[AT]northhighlandconnections.org

There is no charge for participation

North Highland Connections Concert of music composed by young composers taking part in the second annual Creative Music Week, 8th - 13th July.  The concert will include works by the resident tutors, David Horne and Stuart MacRae, performed by a chamber ensemble drawn from the National Youth Orchestras of Scotland, directed by Nicholas Cleobury.
[]
28/6/2013

The busy and varied events programme of North Highland Connections continues in July, with two residential activities which include opportunity for local involvement.   The second Creative Music Week for young composers will take place at Ham House, Caithness, from 8th to 14th July.
[]
3/6/2013

Following the brilliant performance by world-class clarinettist, Michael Collins, in Thurso on 1st June, North Highland Connections is following it with another concert in its Young Artistes series, featuring up and coming young professionals.   The concert, on 15th June, will be in the Drawing Room at Dunrobin Castle.
[]
13/5/2013

Looking Ahead To July With North Highland Connections

Saturday 15th June - 7.30pm Dunrobin Castle, Sutherland North Highland Connections presents - The Sutherland Duo; Harriet Mackenzie (violin) & Christina Lawrie (piano) Winners of the 2010-12 Enterprise Music Scotland Award 2010 - 2012, the Sutherland Duo are an eclectic and energetic duo.  Their repertoire spans more than 300 years of western classical music, ranging from the elegance of the French Baroque, the searing emotional intensity of Brahms, and the wild gypsy rhythms of Sarasate, to the exciting music of our times.
[]
9/5/2013

North Highland Connections announces a concert to be given in the West Church, Thurso, on Saturday, 1st June, by one of the world's leading clarinet virtuosi, Michael Collins.  He will be accompanied by the pianist, Michael McHale.
[]
9/11/2012

16 November, 2012 at St Duthus Collegiate Church, Tain at 7:30pm To book, call 0752 107 7053 "Eight Songs will blow you away." - Sunday HeraldHebrides Ensemble are bringing a rare production of Sir Peter Maxwell Davies' 1969 music-theatre masterpiece to Tain! This extraordinary piece, which hasn't been performed in Scotland for almost ten years, is regarded as one of the composer's seminal works.  It's an extravagant, disturbing and occasionally very funny depiction of the madness of King George III.
[]
23/10/2012

At short notice North Highland Connections has an opportunity to promote a concert by three performers from the Awards for Young Musicians Trust.  They will give a concert in the splendid Village Hall at Mey (opposite the castle), in Caithness, on Sunday, 28th October, at 7:30pm.
[]
16/7/2012

North Highland Connections is presenting another of its events in the inspiring setting of the historic St Duthus Collegiate Church in Tain, Ross-shire.  The concert, by the Canadian group 'Tiller's Folly', will take place on Tuesday, 31st July, at 7:30pm.
[]
3/7/2012

Since its launch in August, 2008, North Highland Connections has presented more that 130 different cultural and educational events in 37 venues across the North Highlands.  Beginning on 9th July 2012 it will present another ground-breaking venture.