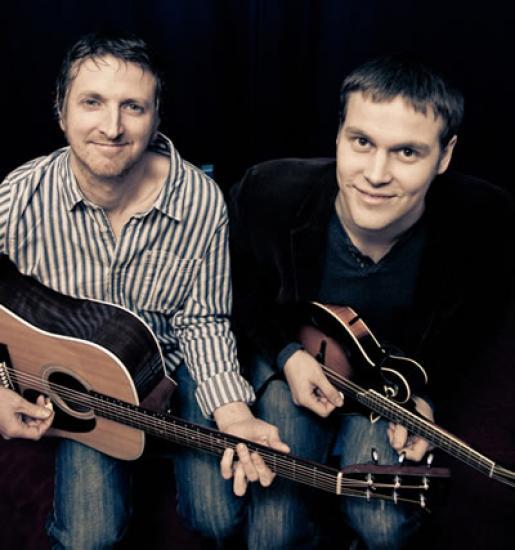 The duo began playing in venues on the west coast of Scotland, performing a wide range of material from Rock, Pop, Funk, as well as instrumental pieces in the style of Gypsy Jazz, Bluegrass and Classical. Soon they began writing their own music and in 2007 they released their début EP "Not Enough For an Album" comprising 4 original tracks. That same year they won a Danny Kyle award at Celtic Connections.

lso in 2007, having met fellow musicians Angus Lyon & Ruraidh Campbell at the Orkney Folk Festival, they went on to form the critically acclaimed group The Halton Quartet. The band received widespread praise for their début album "Based on True Events" in 2012.

In 2013 the duo released their own début album "For the Many". Making full use of the recording studio, as well as some of Scotland's most in-demand session musicians, the project soon took on a life of its own. Even prior to its official release it has already garnered much praise from respected musicians.